As of June 2, 2020, there are 10 COVID-19 candidate vaccines in clinical evaluation. These candidates are based on 5 different vaccine technologies including inactivated variants of SARS-CoV-2, RNA, DNA, protein subunits, and non-replicating viral vectors. In this article, we will cover the main advantages and limitations of these vaccine systems as well as provide an overview of ProteoGenix’s current approach to COVID-19 vaccine development.

A dozen COVID-19 candidate vaccines are currently in clinical trials and over 120 constructs are undergoing preclinical evaluation. Many of these candidates are based on attenuated or inactivated variants of SARS-CoV-2 while others leverage DNA, RNA, and recombinant technologies to produce stabilized forms of COVID-19’s spike protein in the hope of eliciting a strong and specific immune response.

As the number of confirmed cases rises above 7 million and the death toll escalates over 400,000, clinicians and pathologists still have a fragmented picture of the disease. Today, we know that SARS-CoV-2 infections start in the upper respiratory tract and quickly spread to the lungs. Moreover, due to the increasing amount of studies, we know that SARS-CoV-2 spike glycoprotein plays a vital role in initiating the infection.

For this reason, the vast majority of COVID-19 vaccine candidates focus on this protein in detriment of other poorly characterized targets. However, recent studies have been closely unraveling the mechanisms behind immunity to COVID-19 in recovered patients, and these may hold the key to understand how to design more effective vaccines.

These studies found a high frequency of CD4+ and CD8+ T cells recognizing SARS-CoV-2 epitopes in convalescent plasma of COVID-19 patients. Moreover, these cells had a diversified epitope recognition patterns across the spike protein, membrane protein M, the nucleocapsid protein, among other ORFs. This new data suggests that a strong protective response may engage both humoral and cell-mediated immunity and that designing vaccines that engage multiple targets may increase the clinical efficiency of candidate vaccines.

Inactivated viruses have been traditionally used for vaccine development. They are produced by propagating the virus under laboratory conditions and inactivating it through chemical (e.g. beta-propiolactone) or physical processes. These vaccines are then administered by intramuscular or subcutaneous routes in a multi-dose regimen.

Whole-virus formulations allow a fast and diversified response since they use the complete structure of the virus enhancing the generation of a polyclonal humoral immunity. Typically, by engaging different epitopes and targets on the surface of the virus, the risk of generating escape mutants is also smaller in comparison to antigen or epitope-specific vaccine technologies.

However, whole-virus-based vaccines may result in a short-lived immune response or a total lack of immune response. Moreover, these formulations tend to be less effective in the elderly, one of the risk groups of the COVID-19 disease.

Both technologies are based on a weakened version of a common cold virus (adenovirus) that has been genetically modified to prevent it from replicating in humans. The vectors have been further modified to express the spike glycoprotein of SARS-CoV-2 on their surface. These formulations are designed for intramuscular administration and unlike inactivated formulations, they are expected to produce an antigen-specific humoral immune response and to engage cell-mediated immunity.

However, despite being a robust technology, adenovirus-based vector technologies have yet to be licensed for human use. Today, extensive data is available on the safety and efficiency of adenovirus-based formulations. Preclinical and clinical data show that these formulations elicited a rapid humoral SARS-CoV-2 neutralizing response and a strong T-cell response. But no data is yet available on the longevity of the protective effect.

Interestingly, both humoral and cell-mediated responses can be significantly diminished in the presence of pre-existing immunity against human adenovirus vectors. This was observed in recent clinical trials with the adenovirus type 5 vector containing the spike of SARS-CoV-2, suggesting that it could potentially limit its clinical efficiency as a COVID-19 vaccine candidate.

This issue may be bypassed by Oxford’s ChAdOx1 (chimpanzee adenovirus Oxford 1) technology, which uses a group E simian adenovirus instead of a human adenovirus strain. Prior studies suggest that simian viruses have a reduced seroprevalence in humans, indicating that this COVID-19 candidate vaccine has high chances of producing a protective, humoral, and cell-mediated immunity in humans upon the administration of a single dose without adjuvants.

However, a recent pre-print on the immune response to this candidate vaccine in rhesus macaques has raised some concerns in the scientific community. The study revealed that the immunized animals were effectively protected from the disease, however, SARS-CoV-2 could still be detected in nasal swabs of vaccinated macaques.

This suggests that the vaccine may protect against the disease but not against infection, which suggests that vaccinated individuals who encounter SARS-CoV-2 may still be able to transmit the infection to others. This effect termed viral shedding, has been recurrently observed with other vaccines including influenza, suggesting that even after vaccination barrier methods must be applied to protect vulnerable populations.

Currently, two COVID-19 vaccine candidates are based on RNA formulations:

RNA vaccines leverage the principle of in situ antigen production. They aim to reduce vaccine production costs while exploiting the organism’s ability to produce necessary antigens in situ. All RNA-based COVID-19 candidate vaccines encode for the spike protein or the receptor-binding domain (RBD) of SARS-CoV-2.

BioNTech, Fosun Pharma, and Pfizer candidate – BNT162 – is currently being tested under different formats: two nucleoside modified mRNA, uridine containing mRNA, and a self-amplifying mRNA. Moderna’s candidate vaccine – mRNA-1273 – has currently finished phase 1 clinical trials, but Moderna has yet to publish detailed data on the safety and efficiency of the new vaccine.

In the past, RNA technology has shown great promise in animal models during preclinical stages, but it is still unclear how it will perform in clinical trials. The only preliminary data made available by Moderna suggests that spike-encoding RNA caused a measurable increase of anti-SARS-CoV-2 antibody titers. However, their ability to neutralize the new coronavirus in vitro has only been confirmed for a small fraction of the study’s participants (8 in 45). And no tests were performed to determine the extent of T cell-mediated responses.

Inovio Pharmaceuticals is the only company with a DNA-based COVID-19 candidate vaccine in clinical trials. INO-4800 is a plasmid DNA encoding for SARS-CoV-2 spike protein and designed to be administered by intradermal injection followed by electroporation using a special device – CELLECTRA® 2000.

The advantage of synthetic DNA formulations over RNA is their increased stability during storage. Their limitations include the need to use specialized equipment during the injection and administration of the vaccine. Moreover, similar to RNA formulations, DNA vaccines also have yet to prove their efficiency in clinical trials and long-term vaccine surveillance programs.

Prior studies in mice and nonhuman primates with MERS-CoV showed that spike-encoding DNA vaccine provided robust protection against the disease. In these tests, both durable neutralizing antibodies and spike-recognizing T cells were detected during 60 weeks after immunization. Preclinical evaluation of the COVID-19 DNA-based vaccine showed similar results, with both humoral and cell-mediated responses being detected after immunization.

Whether these results will translate to humans remains to be shown.

Novavax’s vaccine candidate will be administrated to healthy volunteers in a two-dose regimen (day 0 and day 21), with or without Matrix-M™ as an adjuvant. This adjuvant, a special formulation from Novavax, was designed to reduce the antigen dose needed to elicit an immune response and thus reduce production costs. Moreover, the presence of this adjuvant has been shown to ensure both an antibody and a cell-mediated response.

Results on the efficiency and safety of this formulation in preclinical and clinical trials are not yet available.

Our approach to vaccine design attempts to overcome the limitations of the current COVID-19 candidate vaccines in clinical trials. To compensate for the narrow antigen-specificity of current candidates, our nanoparticle formulations were designed to encapsulate several recombinantly produced SARS-CoV-2 structural antigens such as the spike, protein M, envelope protein, and nucleocapsid.

Moreover, since SARS-CoV-2 infections initiate in the upper respiratory tract, our formulations have been designed for nasal application. Unlike intramuscular and electroporation (in DNA formulations), nasal administration has shown higher levels of compliance. Moreover, it was shown to increase the local response and strengthened both peripheral and mucosal immunity in comparison to traditional formulations.

Unlike intramuscular administration which elicits an IgM/IgG response, the intranasal nanoparticle vaccine is designed to generate specific IgA responses. Prior studies show that antibodies of the IgA isotype may be vital to block the pathogen’s entry in the mucosa and to modulate the inflammatory response (known to exacerbate lesions in severe cases of the COVID-19 disease). To date, only a few nasal vaccines for human use have been licensed and commercialized (FluMist® and Nasovac™) and they consist of live attenuated strains of influenza.

Although a human nanoparticle-encapsulated nasal vaccine has yet to reach the market, the pandemic creates a unique opportunity to further understand the potential of this technology.

Until now, most COVID-19 candidate vaccines converge on the spike protein of SARS-CoV-2 and all require intramuscular administration. This could be a potential drawback as experts are still unsure regarding the optimal target for vaccine design. It is also still unclear if intramuscular administration results in the production of IgA antibodies in the upper respiratory tract, the point of entry of SARS-CoV-2 infections.

Despite the robust technologies behind most of the recombinant candidates, adenovirus vectors, DNA, and RNA-based COVID-19 vaccine candidates are yet to prove their clinical efficiency in long-term trials and vaccine surveillance programs. Inactivated vaccines may overcome the limitation created by the narrow antigen-specificity in most of the vaccine candidates; however, despite their established efficiency they tend to be less efficient in the elderly, the most vulnerable to severe forms of the disease.

Our current strategy for COVID-19 candidate vaccine development focuses on the multiple structural proteins of SARS-CoV-2. Moreover, by employing a nasal vaccination strategy we hope to increase vaccination compliance in the general population, and to increase the protective IgA response in the mucosa and lungs (the most severely affected sites). Preclinical studies are currently underway to test the efficiency and safety of this approach in animal models. 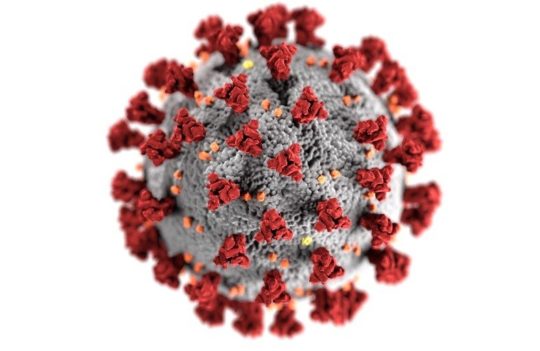 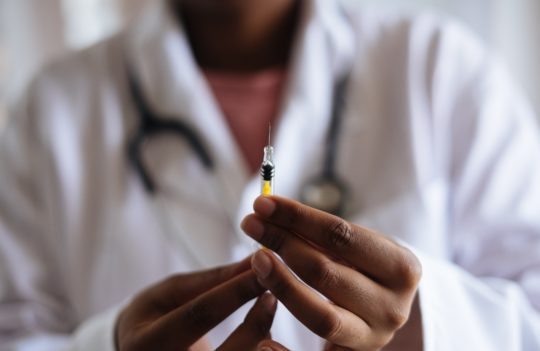 Coronavirus: lessons from the hunt for a universal flu vaccine 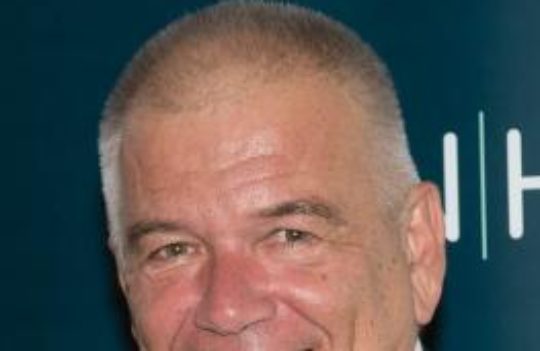