When to choose mammalian cell-based systems to express recombinant proteins?

Mammalian cell-based expression systems are optimal for the production of large proteins with complex native structures and activity. In comparison to lower eukaryotes or bacterial systems, mammalian cells excel at:

Due to these properties, the vast majority of therapeutic proteins on the market are currently produced in high-yield mammalian cell lines such as Chinese Hamster Ovary (CHO) cells. These cells are adapted to growth in chemically defined and animal-free media. Moreover, they support high-density culture conditions which help to maximize production yields while keeping culture volumes low.

Beyond the clinic, many proteins are produced in mammalian systems. The main non-therapeutic applications include structural and functional studies of mammalian or human proteins – vital for clinical and fundamental research. These systems may also be used to produce enzymes or other functional proteins for analytical and research applications. Moreover, mammalian cells can be used to produce non-mammalian recombinant proteins when these molecules fail to be produced in other expression systems.

How to choose between transient and stable expression?

Mammalian cell-based systems can either express a protein in a transient or stable way. Both approaches have their advantages and limitations. In this way, they cater to different applications or can be used at different stages of the protein development process.

Unlike other expression systems, mammalian cells are unable to recognize plasmid origins of replication and, thus, cannot replicate DNA vectors independently from their genome. This limitation prompted the development of transient and stable systems. The first type of system leverages the long cell cycles of mammalian organisms to allow the expression of recombinant proteins for limited periods (from 5 to 14 days). These systems are typically transfected with high copy numbers of the expression vector, which are eventually lost after a few cell division cycles. Despite the transient nature of these systems, one of their greatest advantages is their short lead times and high yields. These features make them invaluable for applications such as drug and protein variant screening or research (basic or medical).

In contrast, stable expression is a time-consuming process requiring the long-lasting integration of the DNA vector into the genome of the mammalian system. This integration can be random or site-directed (mediated by transposons) and it requires the selection and isolation of single positive clones after transfection. Single-clone screening is the most time-consuming step of the process, usually requiring up to 4 months for completion. It is routinely achieved by manual methods such as limiting dilution or automatized procedures such as VIPSTM (verified in-situ plate seeding). The long periods required to generate stable cell lines have made this method useful for biopharmaceutical production at a large scale.

Get the most out of your transient expression assays

Almost 95% of protein drug candidates fail to reach the market or clinic due to undetected developability issues. Experts agree that this high failure rate can be mitigated by performing lead screening during early development and thorough characterization as soon as the best leads are selected for further development. The XtenCHO™ transient expression system allows the rapid production of up to 1.28 g/L of recombinant protein with glycosylation profiles and structure comparable to those achieved by stable cell lines (stable CHO-K1) and other commercial systems.

The strong correlation in terms of structure and post-translational modifications makes XtenCHO™ an ideal expression system for the evaluation of early drug candidates and downstream characterization in terms of:

Get more out of your transient expression assays

Get more out of your transient expression assays

Transient expression in mammalian systems allows the rapid production of recombinant proteins with complex structures, activity, or large size. These systems are ideal for routine expression for diverse applications. Two of their most important advantages are the flexibility in terms of protein quantity and the availability of fully optimized systems for seamless integration into protein development platforms or projects.

The production of recombinant proteins in these systems starts by selecting the target protein; designing an expression vector with the adequate promoter, selectable markers, and expression tags (optional); cloning the gene of interest (codon-optimized) into the vector; transfecting the selected host; finally producing and purifying the recombinant protein.

Due to their limited capacity for plasmid retention, transient expression hosts are rarely subjected to clonal selection. Instead, these systems are designed to maximize transfection efficiency because the number of plasmids successfully inserted in mammalian cells generally correlates with the final production yield. In this way, when optimizing cell lines and reagents for transient expression, researchers often use reporter systems to measure transfection efficiencies rather quickly. A few examples and methodologies can be found below:

The industry’s dominant workhorses for transient expression are Chinese Hamster Ovary (CHO) and Human Embryonic Kidney (HEK) cell lines. Noticeably, in the production of biopharmaceuticals, CHO cells continue to be the preferred host. Currently, about 70% of all FDA-approved biopharmaceuticals are produced in CHO cells, while HEK-produced therapeutic proteins have yet to reach the market.

Although HEK cells are of human origin and, thus, able to perform fully human post-translational modifications, handling these cells represents a moderate health biohazard since they can carry and transmit human pathogens. In contrast, CHO cells are considered a safer alternative with comparable and human-like glycosylation profiles. Thus, explaining the preference towards these hosts in the large-scale production of biopharmaceuticals.

Interestingly, initial efforts to use CHO cells for transient production found limited success due to low transfection efficiencies. This led to the quick development of HEK-based transient systems that, conventionally, have higher transfection rates. However, data shows that the early and preclinical development of new biopharmaceuticals in HEK cell lines and later development in CHO cell lines increases the risk of late-stage development failures due to the differences in terms of structure and biophysical properties achieved by each of these hosts.

To maximize production yields, genes of interest are typically subjected to codon optimization to enhance transcription in the expression host. The codon-optimized product is subsequently cloned into a suitable and high-yield expression vector.

For this reason, transient mammalian systems typically employ plasmids in which the gene of interest has been inserted (cloning). After cloning, the mixture of plasmids with or without inserts is propagated in Escherichia coli for the selection of correctly assembled plasmids and their subsequent amplification. Plasmids produced via amplification in E. coli need to be thoroughly purified and subjected to endotoxin removal – a toxic by-product found in E. coli growth medium that is toxic for mammalian cells. Alternatively, plasmids containing the gene or genes of interest may be fully synthesized in vitro resulting in higher purity and enhanced transfection efficiency.

The transfection of mammalian cells for transient protein expression is currently achieved using the following methods:

Most recombinant proteins are fused with affinity (protein) or epitope (peptide) tags. These tags allow the rapid purification from the culture medium either by immobilizing compounds or target-specific antibodies on resins (affinity chromatography) or magnetic beads (magnetic-based purification). Affinity chromatography tends to be the method of choice for large-scale production, while magnetic beads, although highly efficient, can become expensive at a large scale. For this reason, magnetic-based purification is typically reserved for small and medium-scale production.

Whether you are working with hard-to-express proteins or aiming to optimize your production yields, our solutions are designed to meet your every need. 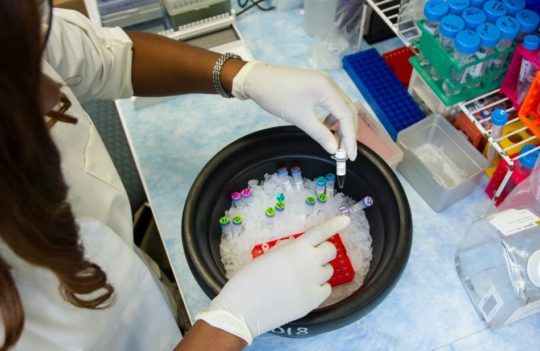 Hands-on tips on how to improve transient expression 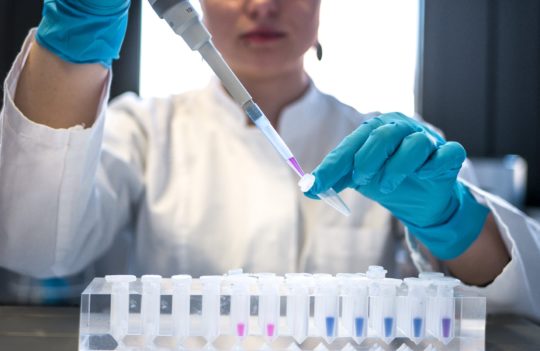 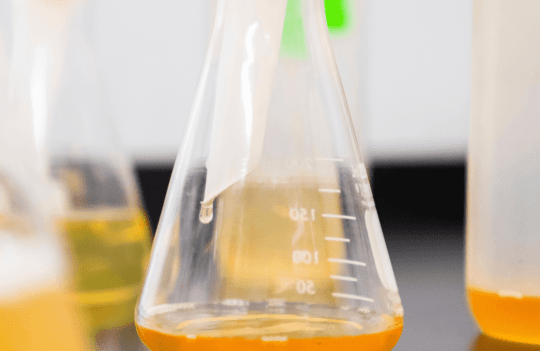