Several emerging variants of SARS-CoV-2 have been raising concerns over the past weeks. Three of these variants are being closely monitored across the globe. These were first reported in the UK (lineage B.1.1.7, VUI202012/01), South Africa (lineage B.1.351, 501Y.V2), and Brazil (lineage P.1, 484K.V2), and are currently reaching alarming frequencies at the local level (above 40%). All these variants share an N501Y mutation on the spike protein, suspected to increase human-to-human viral transmissibility. Other variants have recently caught the public’s eye, namely lineage B.1.429 or CAL.20C, first identified in California (US) and has already reached an alarming frequency of 36% in the Los Angeles area alone. Lineage B.1.526 was also recently detected in NY (US) and shown to carry RBD mutation S477N; while lineage B.1.617, first reported in India, was recently named variant under investigation (VUI) by the Public Health England (PHE). How do these variants differ from each other? What do we know so far about the biological relevance of the mutations they carry? Read this article to find out.

The UK variant, also known as lineage B.1.1.7, was the first variant to raise concern among clinicians and policymakers at the end of 2020. The fact that the increase of its incidence coincided with a resurgence of COVID-19 infections in the country, raised the alarms.

A closer look into this variant revealed the presence of significant cumulative mutations in the spike glycoprotein, on top of the D614G spike mutation which became dominant from mid-2020 onward. The B.1.1.7 variant carries three non-synonymous alterations in the spike including:

The three changes had been observed before in independent lineages, but not their combination. In total, the UK variant accumulates 14 non-synonymous mutations (amino acid altering) and 3 deletions. Outside the spike, only the Q27stop mutation has been signaled as noteworthy, because it may render ORF8 inactive leading to a loss of function.

A similar mutation had been observed before in a large cluster of a Singaporean variant with a 382nt deletion in ORF8. However, the deletion of this protein appeared to have little impact on SARS-CoV-2 replication.

The latest data (GISAID – Global Initiative on Sharing All Influenza Data) reveals this variant has already spread across the globe with a high number of sequences reported in Denmark, the US, France, Spain, Ireland, Italy, Belgium, and The Netherlands, among others. The global frequency of this emerging variant may be close to 30% but the impact of these mutations in disease severity is still unclear.

The South African variant of SARS-CoV-2 was first detected in Nelson Mandela Bay and surrounding regions during October/November 2020. The variant is thought to have caused a resurgence of cases in the country which coincided with the second wave of the pandemic.

Phylogenomic analysis later revealed that the lineage may have emerged as early as August 2020. In addition to the D614G mutation, three other non-synonymous mutations were found at key sites of the RBD:

Further spike mutations found in this variant include amino acid changes L18F, D80A, D215G, R246I, and A701V, among others. A large number of mutations in this lineage may have arisen by intra-host evolution in one or more individuals with prolonged viral replication, such as immunocompromised patients.

This variant is quickly becoming dominant in South Africa, presumably due to its greater human-to-human transmissibility. Further reports have revealed the presence of this strain across 23 countries outside South Africa including the UK, France, Germany, Botswana, and Belgium, among others. However, in none of these countries has the strain shown sustained transmissibility. The latest data (GISAID) shows this variant of SARS-CoV-2 may have reached a frequency of over 50% in South Africa alone.

Variant P.1 of SARS-CoV-2 is the most recent of the three main emerging variants. Japanese authorities were the first to notify the WHO about this variant after detecting it in four travelers from Brazil on January 9, 2021.

Phylogenomic studies revealed lineage P.1 to be phylogenetically distant from the variants reported in the UK and South Africa. Instead, it appears to have arisen independently from the two and to be circulating with high frequency since December 2020 in Brazil. Surprisingly, this lineage shares most of its biologically relevant mutations with either the B.1.1.7 (UK) or B.1.351 (SA) lineages including:

Seven further mutations were found on the spike protein of this variant, but their biological relevance remains unknown. Until now, this variant has been detected in 12 countries outside Brazil including the US, UK, Canada, Japan, Denmark, Argentina, among others. However, it is still unclear if this variant will emulate the behavior of lineage B.1.1.7, which has already reached an alarming frequency around the globe.

Summary of mutations found in the three variants

A list of non-synonymous mutations, insertions, and deletions occurring at high frequency in all three emerging variants of SARS-CoV-2 can be found in the table below:

Other variants of SARS-CoV-2 being closely watched

In the US, the California Department of Public Health (CDPH) has recently reported a new variant of SARS-CoV-2 descendant from cluster 20C (likely to have emerged from New York via Europe). The new variant, named CAL.20C, is circulating in the South and North California regions since July 2020 and reached a reported frequency of 36% in December (samples from Cedars-Sinai Medical Center).

Like other SARS-CoV-2 emerging variants, the Californian variant or CAL.20C, has accumulated important mutations in the RBD region of the spike. Mutation L452R was shown to make the spike more resistant to certain monoclonal antibodies and may influence the effectiveness of current vaccines. The latest data suggest this variant is responsible for a resurgence of COVID-19 cases in the region. But there is yet no indication whether this strain is more deadly than current circulating variants of the virus.

More recently, another variant has been reported to carry the same L452R mutation on the spike – lineage B.1.617, first detected in India in October 2020 and recently named variant under investigation (VUI) by the PHE (April 2021). In addition to this mutation, the Indian variant carries an E484Q mutation, similar to the E484K mutation found in variants first reported in Brazil and South Africa. Given the position of this amino acid change, the effect on SARS-CoV-2 ability to escape the human immune response is thought to be similar.

Also in the US, a different variant has been reported in the NY region. Shown to carry several mutations with biological importance, lineage B.1.526 is more known for its S477N or E484K amino acid change on the spike (it carries one or the other mutation but never the two at the same time). A mutation that is suspected to increase SARS-CoV-2 infectivity.

The background mutational rate of SARS-CoV-2 has been closely monitored throughout the pandemic. Given the widespread replication and circulation of the virus among the human population, thousands of mutations have emerged but few have become fixed.

Mutations in the spike and, specifically in the RBD, are particularly frequent due to the selective pressure imposed by our immune system. Nevertheless, up to now, a single spike-mutation had been considered noteworthy – the D614G mutation, which became dominant at a global level from March 2020 onward.

The most recent emerging mutations are suspected to have occurred between August and December 2020. They seem to have arisen independently through a process of convergent evolution, which resulted in the development of the N501Y mutation in the RBD. Of the three variants, only the UK variant has shown a sustained spread across the globe so far. However, both the South African and the Brazilian variants have also been deemed as variants of interest due to the alarming number of high-frequency mutations observed inside and outside the spike.

At the moment, it is uncertain if the frequency of other emerging variants, like the Californian strain (lineage CAL.20C), NY, and Indian variants, will increase. However, experts are doubling monitoring efforts to understand how these mutations affect COVID-19 epidemiology and the effectiveness of new vaccines.

Preliminary studies using Pfizer’s and Moderna’s mRNA vaccines are reassuring, as both formulations generate strong polyclonal responses directed at the entire spike protein. Although a minor loss of vaccine effectiveness is to be expected (due to mutations enhancing viral immune evasion), experts remain optimistic that vaccines will protect risk groups from developing severe forms of the COVID-19 disease. 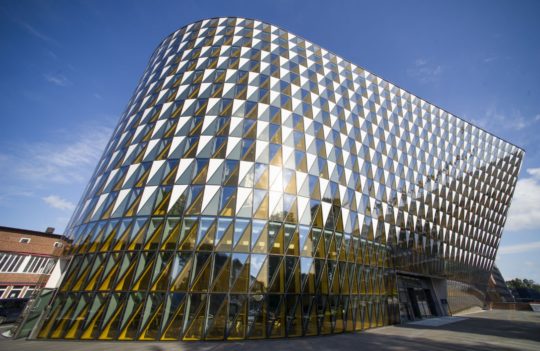