The history of bispecific antibody therapies

Since the early 2010s, the interest and investment in bispecific antibody therapies have been steadily increasing. These molecules are considered one of the most versatile classes of biotherapeutics due to their multi-specificity.

Interestingly, bispecific antibodies have been around since the late 1960s when scientists first associated antigen-binding fragments (Fab) from different polyclonal sera into bispecific F(ab’)2 molecules. Although bispecific antibody therapeutics are, for the most part, man-made molecules, bi-specificity is known to occur in nature. The only reported case is that of IgG4 antibodies, known regulators of IgE and the allergy response, that undergo a mechanism known as Fab-arm exchange endowing them with anti-inflammatory activity and natural bi-specificity.

However, the full potential of bispecific antibodies and their usefulness for therapeutic applications only begun to be exploited with the advent of hybridoma technology. Early attempts to produce bispecific antibody therapeutics in vitro started with the conjugation of hybridomas with different antigen-specificity into a single hybrid cell line (quadroma technology).

Despite the successful fusion of these cell lines, scientists soon realized the inherent difficulties of this process. Due to the presence of two different heavy and light chains, hybrid cell lines produce a mixture of correct and incorrectly assembled antibodies. However, the correct bispecific assembly remained a minor component of the production batch and this issue has since been referred to as the chain-association issue.

With the advent of recombinant technology and molecular engineering, the production of bispecific antibody therapies has been gradually improving.

The state of bispecific antibody therapies

The percentage of bispecific antibodies entering clinical trials rose from 10 to 25% in the past 20 years. The substantial growth of these biotherapeutics in the clinical pipeline reflects the vast diversity of production platforms that have become available over the years. Up until early 2021, at least 3 bispecific antibody therapies had reached the market (emicizumab, catumaxomab, blinatumomab).

Emicizumab is a humanized IgG4 antibody targeting factor X and IXa and used for the treatment of hemophilia. Of the three bispecific antibodies, emicizumab is the closest to the canonical IgG structure presenting symmetrical configuration.

This bispecific therapeutic antibody was generated using a common light chain approach, which is one of the simplest techniques to mitigate the chain association issue. By introducing a common light chain, it is possible to reduce the number of possible combinations during production. In this way, production yields and purity remain relevant while engineering costs remain low.

Catumaxomab presents an IgG2 isotype originated from the fusion of a rat and a mouse hybridoma – quadroma technology.

However, catumaxomab has been withdrawn voluntarily from the US and EU markets (2013 and 2017, respectively) for commercial reasons. But Lintonpharm Co. Ltd. has recently announced its interest in moving catumaxomab towards phase III clinical trials for the treatment of peritoneal carcinomatosis.

Of the three antibodies, blinatumomab is the most district in terms of structure and also the one that took the longest to receive approval (13 years in contrast to emicizumab’s 5.25 years). It is a tandem scFv murine antibody generated using the BiTE® technology (Bispecific T cell Engager) and designed to target CD19 and CD3E. This antibody is currently used to treat lymphoma.

Despite the steady growth of the bispecific antibody therapy market, the immunotherapeutic market is still heavily dominated by conventional monoclonal molecules. However, the double specificity of these man-made molecules makes them more suitable for retargeting (directing an immune cell towards a well-defined target) than conventional antibodies.

Despite the well-known constraints in regard to its production, today, all aspects of a bispecific antibody, independently of their class, can be improved by rational design. Sequence engineering can be used to customize their functionality, enhancing efficiency, and prolonging plasma half-life.

Engineering by rational design is also applied to reduce chain-association issues and improve production yields. For IgG-like bispecific antibodies, common strategies include the “knobs-into-holes” approach that has become the industry’s standard to ensure the correct assembly of two different heavy chains.

In general, bispecific antibodies adhere to a complex architectural classification. Using this system, these antibodies can be divided into fragment-based, asymmetrical, and symmetrical formats.

Are you working on a bispecific antibody development project?

The first class is defined by the absence of an Fc fragment making it the simplest and easiest to produce of the three classes. Blinatumomab, developed with the BiTE® technology, is the most well-known representative of this class. Other well-known production formats include diabodies and DART (Dual-Affinity Re-Targeting) bispecific antibodies. Diabodies consist of scFv dimers connected by a small peptide linker or covalently linked to each other. In contrast, DART format provides additional stabilization through a C-terminal disulfide bridge.

The lack of the Fc circumvents the chain-association issue and makes bacterial production possible due to the absence of glycans in its structure. Bispecific antibodies of this class can thus be produced very quickly with high yields and reduced costs. However, the lack of Fc also drastically reduces the antibodies’ plasma half-life and abolishes their effector functions.

Of the three main formats, DART has consistently shown to outperform BiTE® in terms of efficiency and plasma half-life. However, more clinical trials are still necessary to determine how these two formats behave under different disease scenarios.

Symmetric formats are quite diverse and differ from the first class by incorporating an Fc fragment. The fragment naturally extends the half-life of these molecules while making their production process more complex. Symmetric bispecific antibodies closely resemble natural antibodies with some differences regarding size and architecture. Most antibodies of this class are tetravalent (2+2). However, the closeness of antigen-binding sites can impair optimal simultaneous binding thus reducing functional valency.

Asymmetric formats offer a solution to this challenge by increasing the distance between the different antigen-binding sites. However, they also pose additional challenges in terms of chain association that require elaborate engineering.

Due to their multivalence, bispecific antibody therapies are better known for their ability to retarget immune cells to tumors, deliver payloads (e.g., small drugs) to cancer cells, and blocking important tumor signaling molecules.

T cell redirection is the most conventional application of bispecific antibody therapies. Using bispecific antibodies with a T cell-binding domain (CD3) and a tumor-binding domain helps physically linking the two cells and activating T cell’s cytotoxic activity. Blinatumomab was designed with this purpose in mind. Despite its short half-life and need for continuous intravenous infusion, clinical studies have shown impressive treatment efficacy.

However, CD3-based bispecific antibodies have been known to provoke toxicity by activating T cells indiscriminately. One strategy already being used to circumvent this issue is the development of antibodies to recruit only a subset of T cells with the greatest potential for positive therapeutic outcomes. Other approaches are also focused on retargeting and activating other immune cells such as NK.

What remains to be solved before more bispecific antibodies can reach the market are the current production and stability issues. However, recent studies have demonstrated that bispecific antibody assembly can be directed by engineering heavy and light chains for the optimal binding affinity between each other.

Bispecific antibody therapies are one of the most versatile tools in our immunotechnology toolbox. For decades, the potential of these molecules has been untapped due to persistent production and stability issues.

This soon may change thanks to the most recent approaches to bispecific antibody engineering approaches that are allowing researchers to orchestrate bispecific antibody assembly at an unprecedented level. In the meanwhile, many of these molecules have proven their therapeutic value in clinical trials. One of the most successful uses of these biotherapeutics rests in the retargeting and activation of important immune cells such as T and NK cells.

Interestingly, many studies have demonstrated that bispecific antibody therapies can find application beyond oncological diseases. Namely in the treatment of infectious diseases or even in regenerative medicine.

“The COVID-19 pandemic is helping us bridge the divide between virologists and immunologists” – Interview with Dr. Louisa James (QMUL) 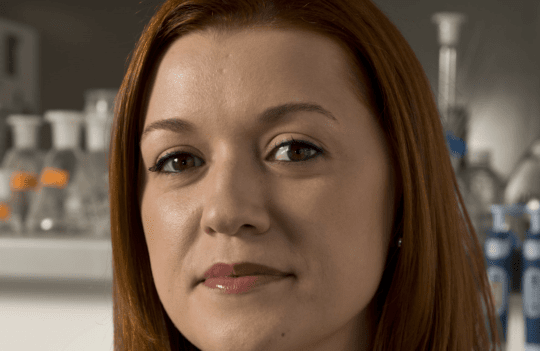